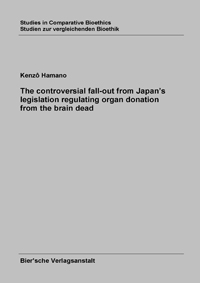 Japan's law legalizing organ transplantation from brain-dead patiens, called the Law Concerning Human Organ Transplants in Japan, is in it s third year of existence and it s mixed performance thus far shows the concerns of critics to have been well founded. Not only have there been problems in the implementation of the Law, but also the lack of zeal by authorities in facing up to the irregularities that have occured means that a serious evaluation of the Law's efficacy has yet to be undertaken. Nevertheless, a review of the statute is required by the law itself at the end of three years (fall 2000) and changes in the statute proposed by a research group funded by the Ministry of the Health and Welfare have already been published. Since little time remains before the mandated review, it is essential to draw lessons from the applications of the Law so far and to examine the proposed changes in the light of these lessons so that a rational debate over the law's revision can take place.